The Jerónimo Martins Group is one of the top 50 largest retailers in the world, with business in 3 different markets. They challenged Shift Thinkers to create a campaign that would celebrate this milestone, projecting the future and celebrating the Group's spirit of resilience, determination, and innovation. A good idea is always the first step.

The "230 years of first steps" claim depicts the Group's ability to reinvent themselves every day. Supported by a visual and verbal message that reinforces the essence of the Jerónimo Martins Group, this is a campaign with an eye on the future and the many more first steps that the group will still take.

"230 years of first steps" is thus the result of an immersion in the Jerónimo Martins Group's business, where we celebrate its people, the group's culture and every first step that is taken daily by all who are part of it. 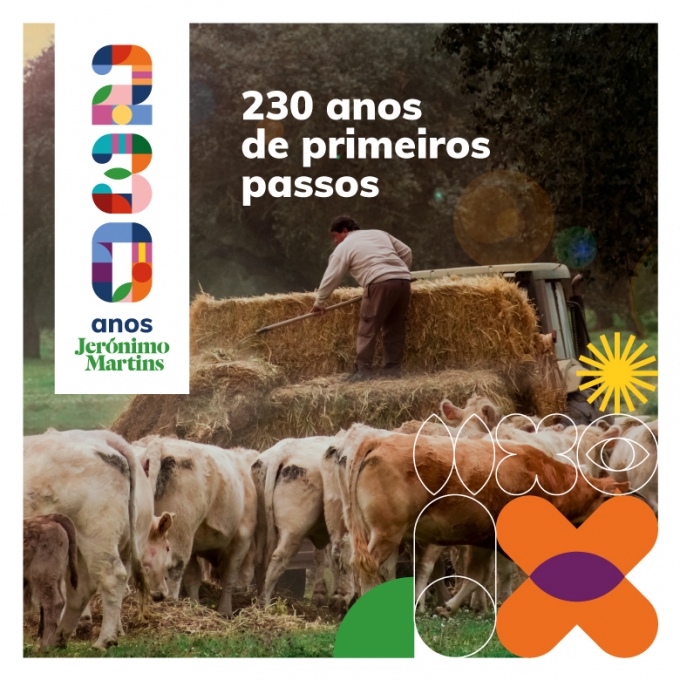 The aesthetics absorbed the authenticity of real scenarios and people, and photography and film were captured in places such as Best Farmer in Évora, the Logistic Distribution Center and the DNA Laboratory in Azambuja or Seaculture in Sines, all part of the Group.

Shift Thinkers is responsible for the creativity of the digital campaign, press, radio and institutional film.